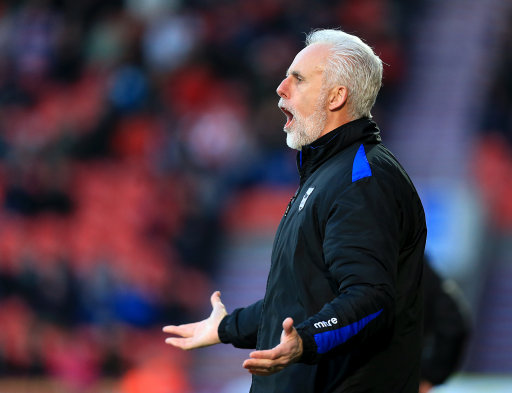 Looking more and more like the Championship’s answer to Captain Birdseye thanks to a newly-sprouted beard made from pure white light, Ipswich manager (and Pies’ absolute footballing hero) Mick McCarthy delivered a brisk and beautiful retort to claims that some of the club’s fans were left frustrated by last night’s 1-1 draw away against Leeds.

Incidentally, the result leaves Ipswich just one place and four points outside the play-off positions, though it would seem that garnering just one win in their last eight games is starting to drag a little in certain circles – not that our Mick is overly fussed.

Now, we can’t exactly verify this but Surrey-based journalist/editor Glenn Ebrey (of East Surrey and Sussex News & Media and the Croydon Advertiser) is quoting McCarty to have responded to the criticism thusly…

Quote of the season from Mick McCarthy tonight: “Some people might be frustrated with that result? Some people can fuck off.”