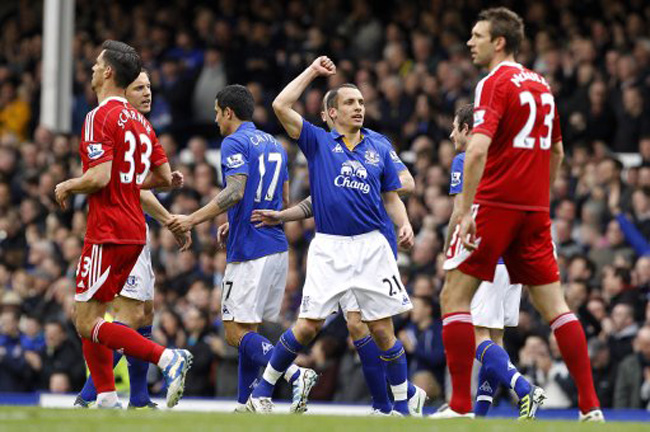 David Moyes’ in-form Everton side jumped above rivals Liverpool in the table, at least temporarily, after a good performance against West Brom at Goodison Park.

With an FA Cup semi-final already in the bag, the Toffees played with confidence from the off, with Leon Osman eventually creating the opening goal, when his shot on 18 minutes deflected in off the unfortunate Gareth McAuley.

Everton then failed to convert a number of decent chances as the Baggies looked in vain to catch the home side on the break. However, eventually, on 68 minutes, the impressive Steven Pienaar fed sub Victor Anichebe, and the striker fired home to secure the win for the Toffees in what was referee Peter Walton’s last ever game in charge.