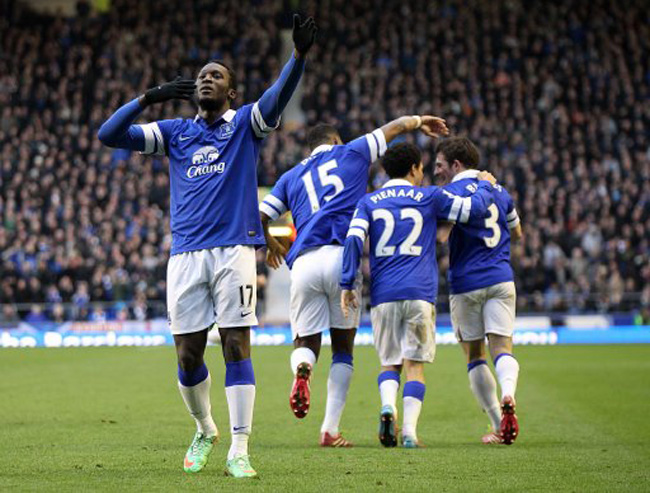 A late goal from sub Romelu Lukaku eventually broke down a stubborn West Ham rearguard to secure a precious three points for the Toffees at Goodison Park on Saturday. Despite having the lion’s share of the possession, the home side struggled to break down a well-organised Hammers’ defence. Steven Naiasmith did his best to make the breakthrough for the Toffees while Sam Allardyce decided to replace Carlton Cole with Andy Carroll after just 28 minutes of action. But ultimately it was Roberto Martinez’s decision to bring on Lukaku that would make the difference, with the big Belgian netting from a Leighton Baines centre late on.