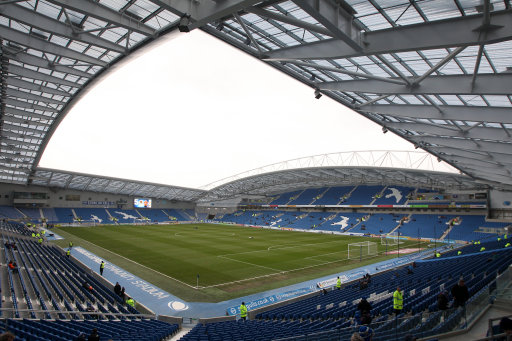 Brighton & Hove Albion have issued a formal apology to Championship play-off semi-final opponents Crystal Palace after it came to light that excrement was smeared (apologies for all those taking elevenses at this point) on the floor of the Palace dressing room before the away team arrived.

Palace boss informed opposite number Gus Poyet just what treat had awaited them on their arrival in the dressing room and Poyet was so disgusted that he immediately sent an email to the club’s top brass insisting that the culprit be identified and sacked.

According to The Sun, Poyet’s email read:

“When Crystal Palace players and staff arrived to the Amex and went into their dressing room, they found themselves in a very uncomfortable situation.

“For some reason, someone had access to the away dressing room and done something terrible, trying to upset everyone related to Palace. To say it in clear English, someone had a “poo” all outside the toilets, over and around the toilets.

“I am angry that someone within this club could endanger our good reputation and stoop so low. I would like someone to accept responsibility and resign.”

Anyway, Poyet and three members of his coaching staff have since been suspended by the club, though the suspension is nothing to do with the turd war, rather a barrage of other criticism which the Brighton boss included in his email.

We should also mention that, while the grubby bugger who did have a poo all outside the toilet is still at large, none of the Brighton players are at all responsible either.

In a letter to Brighton’s season ticket holders, chief executive Paul Barber revealed that the club have apologised to Palace for the welcome present they were left ahead of the play-off semi, saying:

“We apologised to Crystal Palace as soon as the vandalism in their dressing room was discovered and again more formally a few days after the match.

“We have reviewed internal procedures to guard against this happening again.”

All toilets have since been removed at the AMEX and any and all personnel entering the stadium will be now supplied with an adult nappy to soil at their leisure.