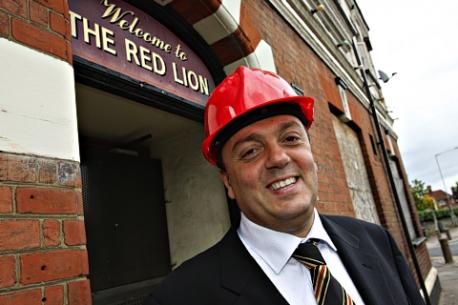 Well, at least one person liked to Watford enjoyed the Hornet’s painful play-off defeat to Crystal Palace yesterday. After seeing Gianfranco Zola’s side fail to make it to the Premier League, Laurence Bassini, who owned the club up until last summer, decided to send some extremely bitter, gloating text messages to Watford Observer deputy sports editor Frank Smith.

The bizarre texts in question went as follows…

“How is the feeling in the town now? Ask Anthony (Matthews, the group sports editor) because for me the feeling is amazing. “

“What goes around comes around. This is my happiest memory of Watford.”

“Print this in the paper, Laurence Bassini.”

“I have to go now and open the Champagne.”

“All my love to Watford.”

The Stanmore-based businessman, who sold the club to the Pozzo family last June then followed up his initial burst of Tweets with some more choice words:

“Can’t see any Watford fans on telly. They must be in Watford town enjoying the feeling with Anthony.”

“Put me on your website tonight; every word I have quoted.”

Bassini’s mean-spirited outburst are surely the rotten cherry on Watford’s fans rather unsatisfying cake. I suggest Elton John and David Furnish hunt down Bassini and kick the s**t out of him.