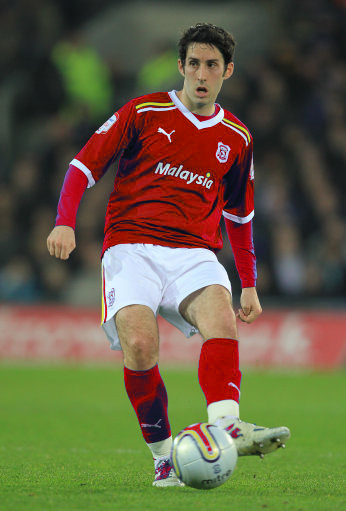 The wonders of (badly-done) Photoshop…

After seeing their team flop badly in the Championship play-offs against West Ham, Cardiff City’s Malaysian owners are apparently now considering rebranding the Welsh club by changing their kit to red and renaming them the ‘Red Dragons’.

The Asian investors feel that red is a more dynamic colour in terms of marketing potential, as well as being more synonymous with Wales. Plans are already afoot to increase the capacity of Cardiff’s stadium and to improve the club’s training facilities, but the plans to change the name and colours of the club are, unsurprisingly, already causing a stir. However, former Wales and Cardiff player, Ian Walsh, is confident that the owners will do what’s best for the club. He said:

“They (the owners) are honourable guys, but they are businessmen at the end of the day and they realise it takes big money to succeed and the best possible place is the Premier League.”

“The fans have just got to take a backseat here. If the club were to get to the highest level I think everybody would be happy. I don’t think they should get into the illusion of losing identity of their club, because I don’t think that would happen.”

Club officials met with fans this week and released a statement which said:

“On Tuesday we met with and held discussions with representatives from the local media, along with meeting with recognised supporter group and messageboard delegates. During these meetings we discussed the various options going forward, all of which are to be ratified in upcoming board meetings as already mentioned.

“As such we will communicate any decisions made as quickly as possible, but it serves no interest to comment in depth at this time until those decisions have been taken. We would anticipate that the review will be concluded within the next week, after which a comprehensive briefing will follow.”

However, expect a right big furore if the changes do eventually go ahead.