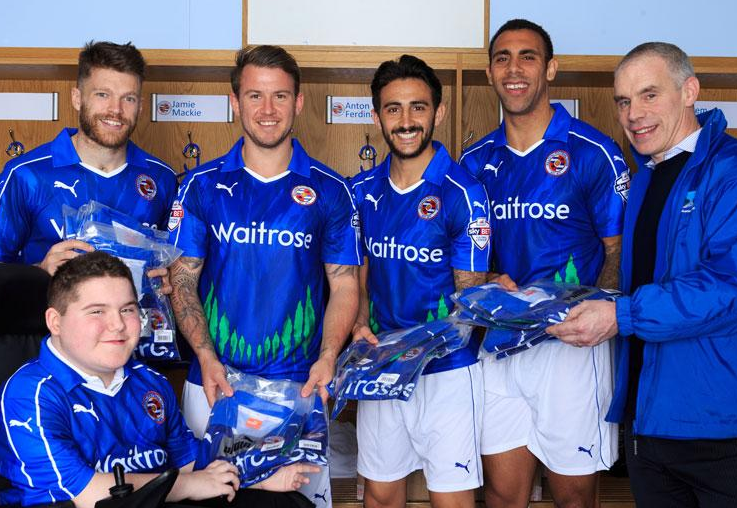 Ryan drafted up the nifty electric blue shirt as part of a school project.

However, Royals club captain Jem Karacan liked the jersey so much after visiting Ryan at The Avenue School in Tilehurst that he suggested the youngster’s design be turned into a reality.

Karacan originally suggested that Reading look into turning Ryan’s design into a t-shirt for the first-team squad to wear before kick-off, but when kit suppliers Puma heard about the project, they weighed in and set about producing the jerseys you see before you.

As such, the Championship side will take to the field this weekend wearing Ryan’s creation.

“Ryan is a young lad a few of us met a couple of months ago on a visit to a local school and, meeting him, his schoolmates and his family, his story really touched our hearts.

“To learn what Ryan is going through, it was so nice in the first instance to go to his school and put a smile on his and his classmates’ faces.”

Reading striker Simon Cox, who also visited the school to see the design in progress, added:

“To meet Ryan, to see where it all began and meet the others along the way has been really nice.

“Saturday will be a touching occasion. It’s brilliant to see this come to fruition.”

The shirt is designed in Reading’s traditional Royal blue, with the motif inspired by the emblem of Ryan’s school.

Also featured are a row of green Elm trees, which could be found upon Reading’s club crest once upon a time… 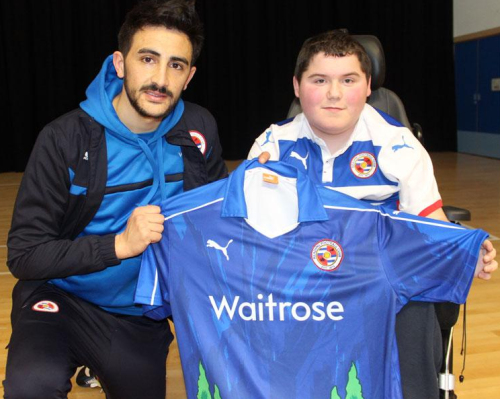 Reading are planning to auction all of the match-worn shirts off after the game, with all proceeds going directly to Ryan’s school.

How about that? Top stuff.