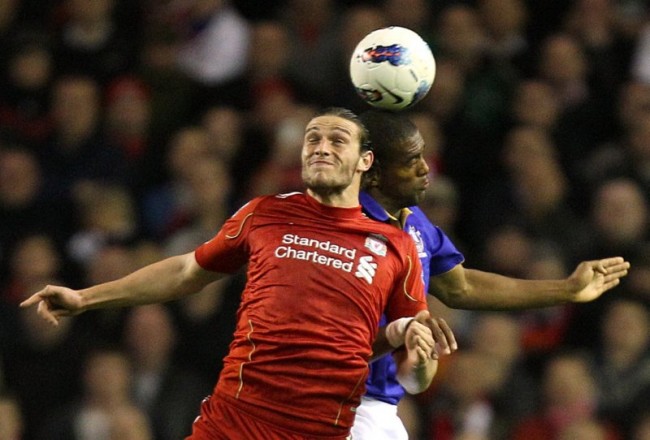 A picture perfect hat-trick from Steven Gerrard on his first Premier League start since 11th February saw Liverpool comfortably usher Everton aside at Anfield and keep themselves above their Merseyside rivals in the Premier League pile.

A victory for Everton would have sealed David Moyes his first win at Anfield in his 10 years at the club and also lifted the Toffees above Liverpool in the standings, but three trademark GEEEEERRRRRRRRAAAAARRRRRD!!! goals – the first a deft lob over a crowded six-yard box, the second a crashing drive to finish Luis Suarez’s piercing dribble and the third a relatively simple tap-in, with Suarez again putting in all the donkey work –  put paid to that, with the Reds racking up their biggest winning margin over Everton in nine long years.

Stat attack: Gerrard actually hit the target with all 4 of the shots he mustered, scoring with 3 of them. How about that?

There were also, as the following photos will duly attest to, a lot of frankly awesome faces pulled over the course of the evening…