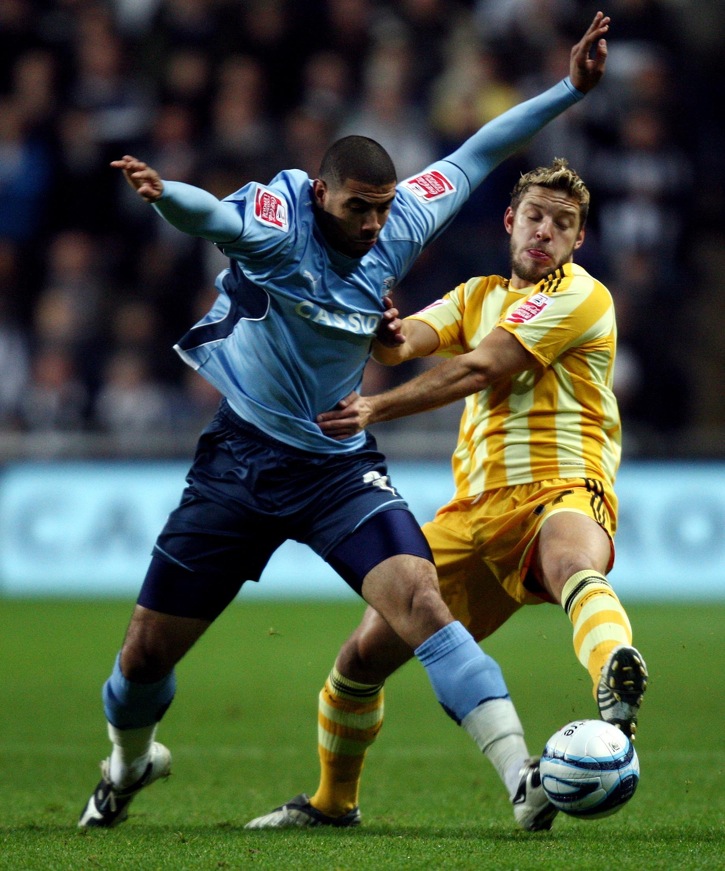 Coventry's Leon Best is challenged by Newcastle's Alan Smith during the Coca-Cola Championship match at the Ricoh Arena, Coventry.