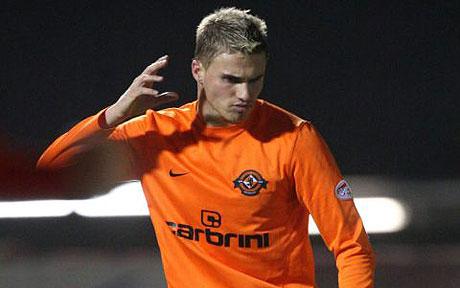 Dundee United striker David Goodwillie (must…resist…) has been charged in connection with an alleged rape that took place at a New Years Eve party in West Lothian.

Goodwillie (must…resist…) was charged after police received complaints from a 24-year-old woman a couple of days later.

“A 21-year-old man has been charged in connection with an alleged serious sexual assault on a 24-year-old woman in Armadale on January 2nd. Inquiries into the incident are ongoing.”

Goodwillie (who’s Dundee United teammate David Robertson was also interviewed by police as a potential witness, but has not been charged) is now scheduled to appear at Livingston Sheriff Court at a later date.