Ashley Cole looks headed for a lucrative move to the sunny west coast of America, with the former England star reported to be on his way to MLS heavyweights LA Galaxy. 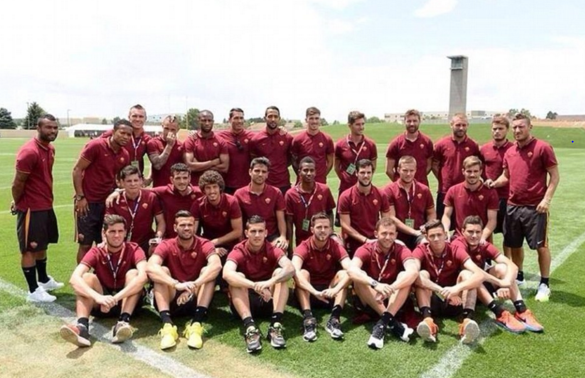 Once considered the best left-back in the world. Ashley Cole has endured a rather horrid time since leaving Chelsea in 2014. A transfer to Roma looked like a decent career move for the thirtysomething defender, but rather than light up Serie A, Cole’s time in Italy saw him struggle to break into the starting 11 and make only 16 appearances in total for Rudi Garcia’s side. Now, with Garcia sacked, the Giallorossi have cancelled Cole’s contract, with a move across the Atlantic all but confirmed.

Capped 107 times for the Three Lions and with three Premier Leagues, seven FA Cups and one Champions League trophy to his name, the full-back is set to join up with former England team-mate Steven Gerrard and Republic of Ireland legend Robbie Keane at LA Galaxy, where he’ll surely love all the Hollywood bling on show.

The 20-team MLS season kicks off in March, with Los Galácticos favourites to win the competition. Let’s hope Cole doesn’t get frozen out again in California!