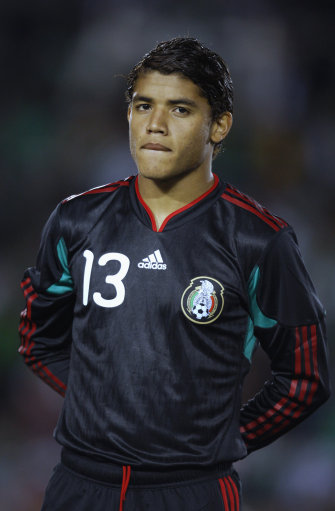 Before a ball has been kicked in anger, eight members of Mexico’s young Copa America squad have been charged with ‘indiscipline’ and suspended by the Mexican Football Federation for six months after being caught partying with four prozzies in their hotel rooms in Ecuador.

Several local news networks are also reporting that the ‘women of ill-repute’ passed the room keys on and that laptops, iPads, phones, passports and cash were later stolen from the players’ digs.

According to ESPN, the manager of Hotel Quito, Roberto Ramia, has confirmed that they have videos showing women entering the rooms of some Mexican players:

“We have videos of females visiting at least three [of the players], entering with the baggage of the team into the players’ bedrooms.

“In one of the rooms, the National Police found a garbage can with the keys to five of the rooms and used condoms were also found.”

Ramia also claimed that the keys and condoms were found in room 109, the room designated to Nestor Vidrio and Jonathan dos Santos – younger brother of Giovani.