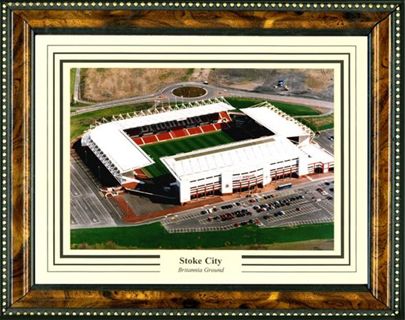 West Brom manager Roy Hodgson has publicly apologised on behalf of centre-back Jonas Olsson, who smashed a piece of Stoke memorabilia shortly after the final whistle of last night’s 1-1 draw between the two sides.

Olsson was apparently incensed after Stoke striker Ricardo Fuller refused to shake hands with him at the end of the game, and duly took his anger out on a completely innocent framed picture of the Britannia that was hung up in the tunnel – thinking about it, perhaps ‘one-man picture-smashing spree’ was a bit on the strong side.

“If you can’t control yourself by having to smash someone else’s property, because someone don’t shake your hand, then I don’t see that as an excuse.

“It’s property that’s been paid for by this club and he has no right to break things like that. Olsson smashed some memorabilia and that is very disappointing.”

To which Hodgson replied:

“One of our players has unfortunately decided to test his strength by having a little fight with a picture. I’m afraid he won and the picture was broken.

“We apologized and I’m sure we’ll pay for the picture. I’m sure Stoke won’t be too bothered but it takes the gloss off when I’m discussing pretty meaningless incidents and we’ve worked as hard has we have.”

A devious so-and-so may be inclined to point out that it’s actually the first time one of Hodgson’s players have won anything of note in a rather long while.

Of course, Pies would be loathe to stoop that low.