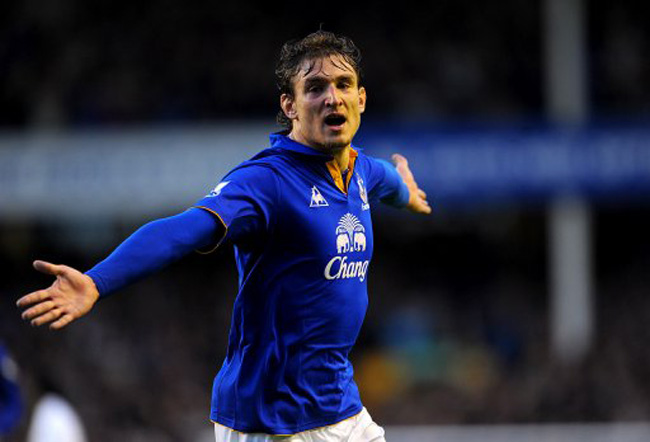 Following their third league defeat on the trot, a first under Harry Redknapp, Tottenham’s hold on third spot and indeed a top four berth come the end of the season is looking less and less solid.

The north Londoners failed to find their usual spark against a well-organised Everton side who matched the visitors to Goodison Park in every department. New-signing Nikica Jelavic was the star of the show for David Moyes’ side, conjuring up a superb finish on 22 minutes after good work from the perennially under-rated Leon Osman.

The Lilywhites struggled to get back into the game, with Gareth Bale failing to make much of an impact on the right flank. However, after the break, the visitors pushed for the equaliser, with Bale flourishing back on the left and former Toffee Louis Saha adding a spark up front.

Indeed, with the clock ticking down, Saha hit the post from close-range as Everton were forced to defend in numbers. However, ultimately Tottenham failed to make that late pressure count and now find themselves just four points clear of both Arsenal and Chelsea, with the Gunners having played a game less. Suddenly, the much-discussed power shift in north London is looking less and less definitive.