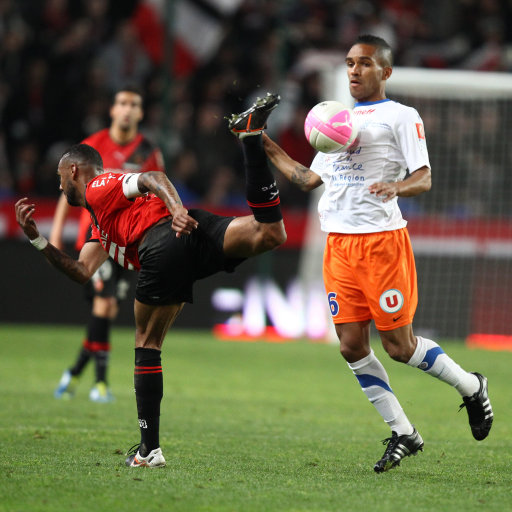 Just a quickie to let y’all in on the big transfer news this morning, and this ain’t just you’re average, spurious common-or-garden transfer toss; Arsenal are on the very cusp of tying up a €22 million (£17.7 million) deal for Rennes enforcer Yann M’Vila, with the deal ‘99% done’ according to Le Parisien among many other well-placed sources.

Word is that it all the mechanics of the four-year contract are squared away and that the whole thing hinges on Arsenal bagging that there Champions League spot they’re currently lingering in.

21-year old M’Vila’s had a pretty indifferent season in Ligue 1 this year, but he’s definitely got the plums to mix it. He tackles at full tilt like it’s going out of fashion. Expect a smattering of red cards in his debut season, that’s all we’re saying.

With Lukas Podolski already on the fast boat to the Emirates and M’Vila all but signed up, it looks like Arsene Wenger’s already having an absolute humdinger of a transfer window two months before the bloody thing opens! It’s definitely the kind of action that may well convince a certain Dutch goal-glutton to sign up for a few more years, no?

M’Vila screening, Song and Wilshere pulling the strings, RVP up top flanked by Podolski, Theo and/or The Ox? 2012/13’s already looking promising for the Gunners (save for that god-awful kit they’ll be forced to wear), provided they can keep them all fit, of course.