Welcome to the first in Pies’ new summer series, in which we cast our beady peepers over the names being linked with summer moves to the Premier League in a bit to acquaint you a little better. 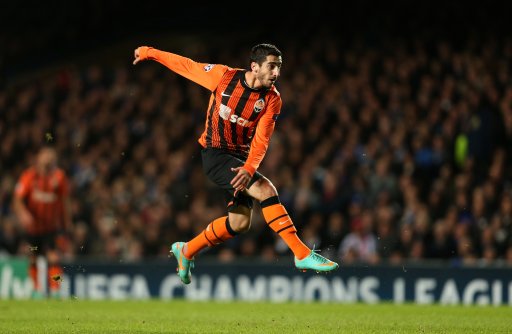 First and foremost, we have it on good authority that it’s pronounced “Micky-tair-ian”, and if you think that’s tricky then you might not want to concern yourself with how his name is actually spelled in his native Armenian (Հենրիխ Մխիթարյան).

Anyway, 24-year-old Mkhitaryan has risen to prominence this season after scoring 25 league goals (and 31 goals in 49 appearances overall) for Shakhtar from midfield, with Sabre Dance by Aram Khachaturiank being played over the loudspeakers at the Donbass Arena after each and everyone of them in tribute. We can only imagine the Shakhtar fans are bloody sick of it by now!

As for his attributes, Mkhitaryan is quick as a scalded cock with a background in competitive sprinting coming as no surprise. He gravitates toward an advanced central-ish midfield position, flitting around the area, adept at breaking quickly and also possessive of a Lampard-esque proclivity for finding himself in the right place at the right time – hence the avalanche of goals (he’s already Armenia’s second-highest all-time international goalscorer with 10 goals to his name, just one goal behind record holder Arthur Petrosyan despite playing 34 less games).

The man’s a tap-in merchant with a striker’s eye for a finish…and also a creative midfielder all bundled up in there too. Thoroughly exciting stuff.

Several clubs across Europe have been mentioned in passing, with Mkhitaryan himself openly stating that he is going to do “everything possible” to secure a move to a big team this summer after four seasons making an unpronounceable name for himself in Ukraine.

Liverpool are being heavily linked and have been for several months but there are also reports that the £22 million fee being peddled by Shakhtar is a little too rich for John W. Henry’s blood, unless the club can shuck several of their fringe lolly-gaggers and/or flog Luis Suarez for top dollar over the summer.

We’ll just have to wait and see on that front.