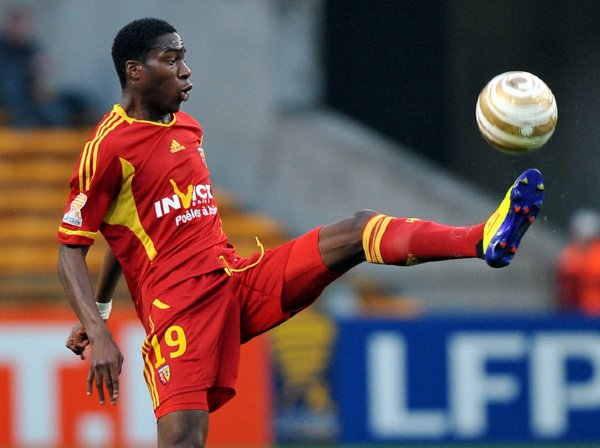 Standing at 6’3″-and-a-bit, Geoffrey Kondogbia – currently of Sevilla, seen above during his time at RC Lens – is the kind of big, brawny, brutish central midfielder that Premier League clubs fud themselves cross-eyed over.

Imposing and industrious, Kondogbia has inevitably drawn comparisons with Yaya Toure and while the 20-year-old French midfielder definitely shares a raft of physical traits with the Man City gargantuan, it’s also fair to say he’s an awful lot more “rough around the edges” than the Yayamonster (who, let’s be right, isn’t the most polished player in the first place), though that’s possibly not surprising what with him being a clear decade the Ivorian’s junior and all.

Truth be told, he plays like a bit of a Kondogbia: storming forward with the momentum of a freight train and the body mass of a fridge-freezer. Woe betide anyone who steps out on to the tracks. The future French international midfield pairing of Kondogbia’s power play and the moody mercurialism of Paul Pogba, also 20, is enough to bring on the sweats in those with a vested interest.

Kondogbia first broke through en France with Lens following their relegation to Ligue 2 at the end of the 2010/11 season after the young’n was handed his first professional contract and then duly given far more game-time in the second tier than perhaps he would have in Ligue 1.

Juventus scouts came a-sniffin’ but it was Sevilla who paid the €4million required to prise him away from Les Sang et Or, nailing him down to a five-year deal – though it would appear that the La Liga side are more than happy to capitalise on the recent wave of hype and sell Kondogbia on this summer, with Arsenal (who else?) said to be more than keen, no doubt as a replacement for Abou “Spare Parts” Diaby.