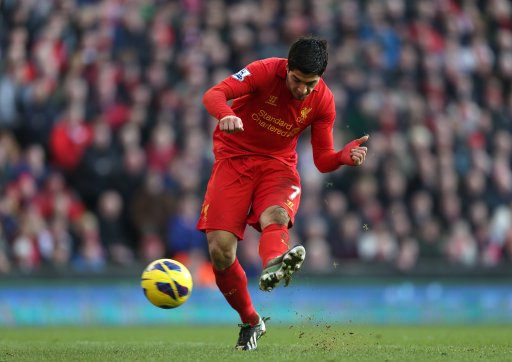 Being the crafty devils that they are, Arsenal tabled a £40,000,001 offer for Luis Suarez last night with the extraneous penny thought to be designed to trigger a clause in the Uruguayan’s Liverpool contract that meant the club had to inform the striker of the bid.

However, the clause didn’t/doesn’t state that Liverpool have to accept the offer, and they jolly well didn’t either – with owner John W Henry quipping “what do you think they’re smoking over there at Emirates?” after announcing he’d rejected the bid on Twitter.

Anyhow, that’s now two bids Liverpool have rejected for Suarez from Arsenal and you’ve got to wonder what they’re holding out for – £40million is a lot of money to knock back – though we’re guessing ‘Pool are waiting until “Cavani-esque” money is slapped on the table (£50-55million) before they even countenance doing business.