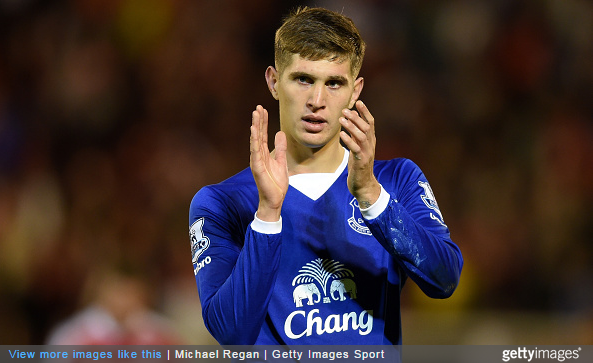 Everton just about managed to squeeze past Barnsley in the first round of the Capital One Cup, though John Stones’ grand return to Oakwell proved to be something of a mixed night for the young centre-half.

Despite being partially at fault for Barnsley’s first goal, Stones rallied as Everton came from 2-0 down to eventually win the game 5-3 in extra-time.

John Stones gets applauded by Everton fans at the final whistle. pic.twitter.com/67BshylK6a

The defender, who handed in a transfer request in order to push through a move to Chelsea shortly before kick-off, received a polite ovation from most of the travelling Everton supporters, except for one chap – who loudly denounced Stones as a “f**king rat” as he made his way down the tunnel…

Stones has only played 47 times for Everton. We’re not sure he quite qualifies for ‘rat’ status yet.

As for the official Everton stance, manager Roberto Martinez went on record after the game to state that the club would continue to rebuff Chelsea’s ever-escalating bids in an attempt to show Roman Abramovich that “sometimes money can’t buy everything”.

Good luck with that.