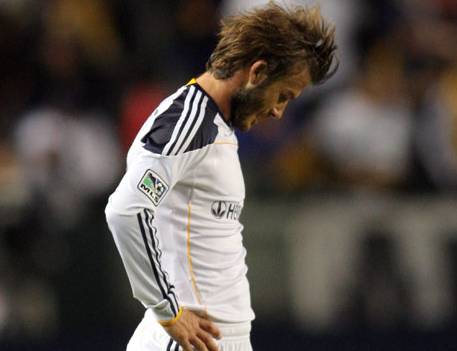 Tottenham manager Harry Redknapp has confirmed to BBC Sport that he expects David Beckham to finalise his loan move from LA Galaxy to White Hart Lane at some point over the weekend.

Talks have been ongoing for upwards of a week now, with the length of the deal known to be a particular sticking point between the two parties, though Redknapp is confident that all the kinks will be smoothed out before close of play on Sunday:

“The clubs are talking and there’s a good chance it will happen. It’s just sorting out the length of the loan and one or two other bits and pieces. It will probably get done.

“I think he could be here on Sunday (to complete a move before watching Spurs’ FA Cup tie with Charlton) possibly, if what I’m being told on the grapevine is right.

“Hopefully he will come to the game. I’m not 100% sure but he could be here on Sunday.”

Should Beckham’s arrival be secured within the next few days, he could go straight into the Spurs squad to face his former employers Manchester United (remember? the only team in England he’d ever consider playing for ever again ever?) next Sunday.