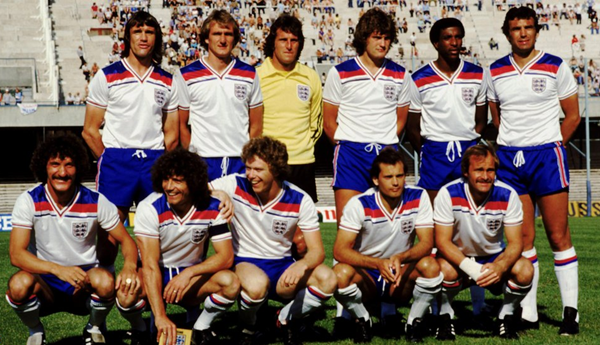 Largely remembered for his proto-Cleverley propensity to go sideways and a textbook case of male pattern baldness, Ray Wilkins could also play a bit in his day – as a CV boasting stints at Chelsea, Manchester United and AC Milan duly attests.

Butch also amassed a healthy 84 caps for his country, scoring but three goals over the course of his decade-long England career – the second of which came in a 1-1 draw against Belgium during the Euro 1980 group stages.

Having commandeered an iffy defensive header on the edge of the box, Wilkins firstly lobbed his way over a fairly obvious Belgian offside trap before composing himself for a split-second and executing yet another perfect lob over the on-rushing Jean-Marie Pfaff to open the scoring in Turin’s Stadio Comunale…

As we say, he could play a bit, that Butch.

A selection of other random great goals on Pies…