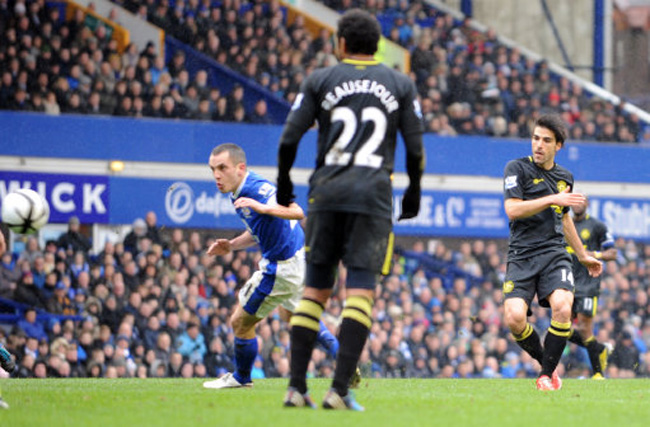 Three goals in four blistering first-half minutes fired underdogs Wigan into the last four of the FA Cup for the first time in the club’s history.

Everton started with Jan Mucha between the sticks, with Tim Howard still crocked. However, the stand-in ‘keeper wasn’t to blame for any of the three Wigan goals. Instead, some shocking defending allowed the visitors to go in at the break three goals up.

Slack marking allowed Manor Figueroa to head home on 31 minutes before a woeful Phil Neville pass allowed the impressive Callum McManaman to fire calmy past Mucha. And then, on 33 minutes, Jordi Gomez fired home to stun the home fans.

After the break, with Phil Neville hauled off for striker Victor Anichebe, the Toffees failed to get back into the game as manager David Moyes made it 11 years in charge of the Toffees without a trophy. Will this coming summer finally see the Scot grow tired of working on a very tight budget and move clubs in the summer?

As for Roberto Martinez, he’ll be hoping a place in the last four of the Cup can boost his side as they continue to dodge relegation.