David Moyes’ Everton side produced a valuable 3-1 win against Wigan despite putting out a first 11 with no natural strikers.

Tim Cahill lead the line for the Toffees but it was debut goals from Apostolos Vellios and Royston Drenthe (after a strike from Phil “Jags” Jagielka) which won the game for the home side.

Wigan’s Franco Di Santo, who is enjoying a veritable scoring spree (by his standards anyway), netted his third in three games for the Latics.

Seamus Coleman is keen as mustard to win the ball from Patrick van Aanholt (and no, I won’t apologise for the condiment reference) 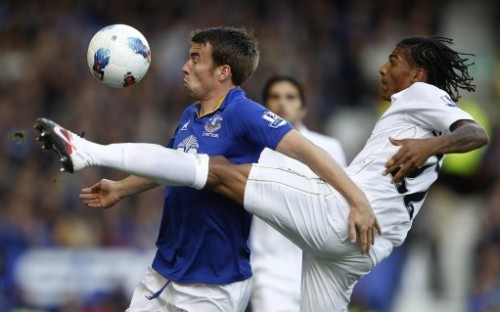 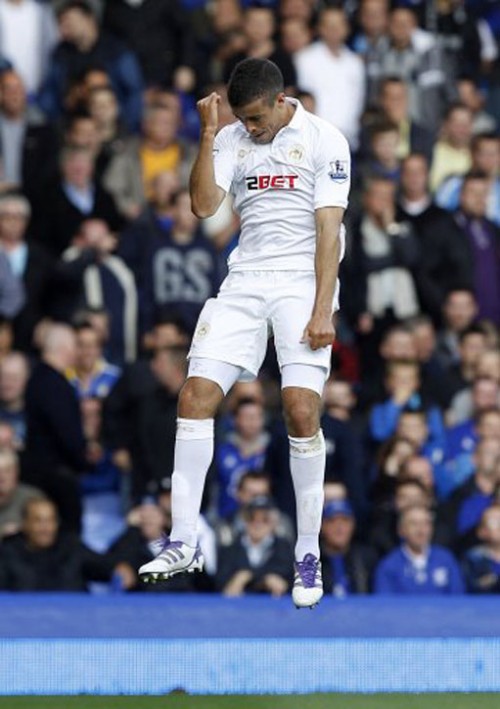 Jags to the rescue for Everton 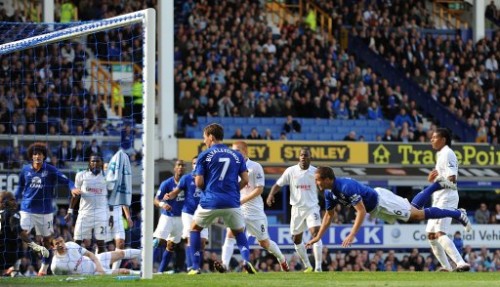 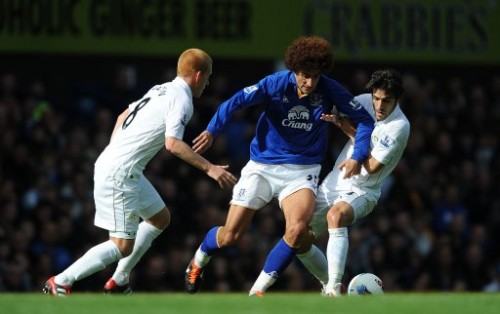 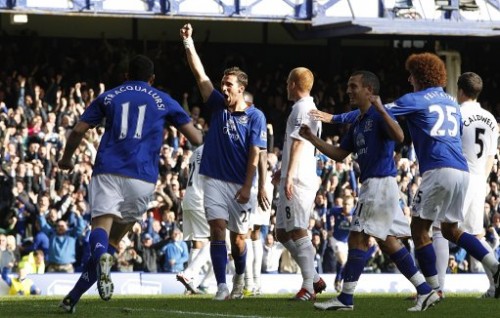 Osman and Figueroa get stuck in 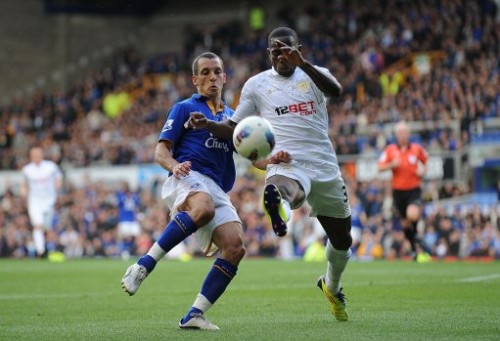 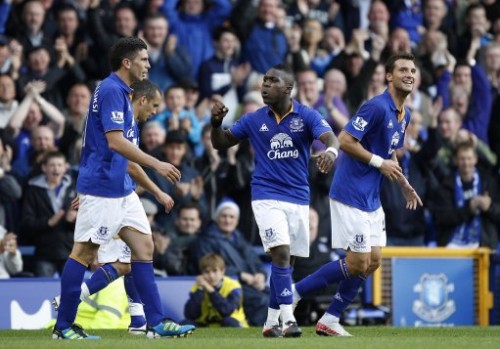