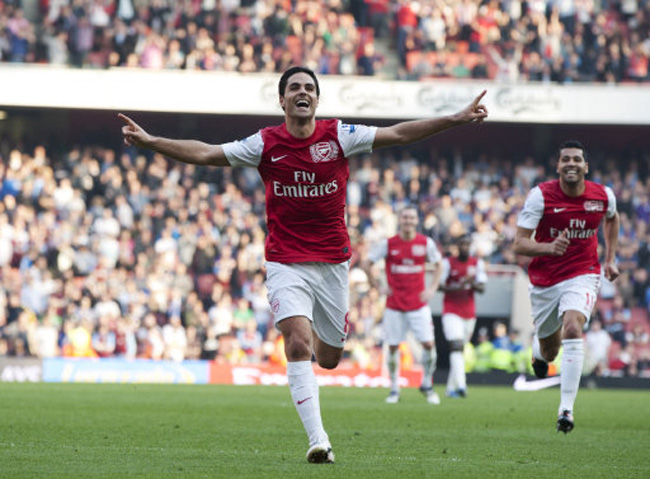 Arsenal increased their lead over rivals Tottenham to three points in the table after a comfortable home win against a very poor Villa side.

Despite losing Laurent Kosielny in the warm-up, which meant that the far less reliable Johan Djourou started alongside Thomas Vermaelen, the Gunners dominated the game from the off, with Kieron Gibbs netting on 16 minutes before Theo Walcott made it two on 25 minutes, superbly finishing after a fantastic pass from Alex Song.

Stephen Ireland did his best to push forward from midfield for the Villans, but in truth, the home side could’ve been six up by half-time.

The second-half produced more of the same, although the visitors did provide more of a goal threat. As for Arsenal, despite creating more chances, it took it took until the 90th minute, and a magnificent free-kick strike from Mikel Arteta, for the Gunners to make it 3-0.