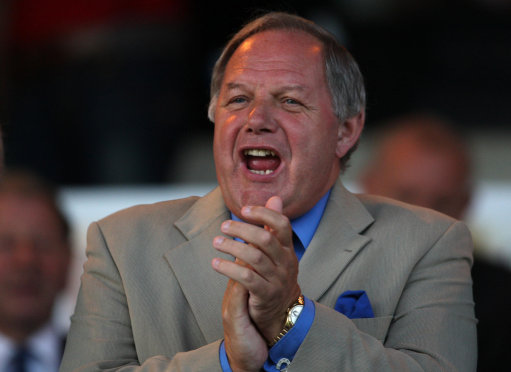 “Get out of there you little pink sod!”

Cracking stuff from the Brighton and Hove Argus this afternoon with the story that Brighton striker Craig Mackail-Smith and Barry Fry have joined forces to deliver a baby into the world.

Sadly (or should that be “thankfully”) the power couple haven’t been exploring the adoption/surrogacy route in the hope of starting a family of their own, rather they assisted when Mackail-Smith’s girlfriend Amber (who also happens to be Fry’s daughter) went into labour at their family home in Horsham.

The family were preparing to take Amber to hospital on Wednesday night to give birth anyway when the little bugger decided to make it’s escape attempt there and then, leaving Mackail-Smith and Fry as the two unlikely midwives. The pair rang the hospital and were talked through the process by the nurses.

“We could barely hear the instructions because of the noise. So we did the best we could. We lifted [Amber] up and she pushed again and Barry was there to catch the baby as it came out. I’ve never seen him move so fast!

“When the baby came we were all in shock and could not believe what had happened. It was the best and worst emotions I have been through, all in one night.

“During [the labour] it was very difficult. Amber was in a lot of pain and we had no painkillers but when the baby was born it was amazing – it was the best thing I have ever been involved in.”