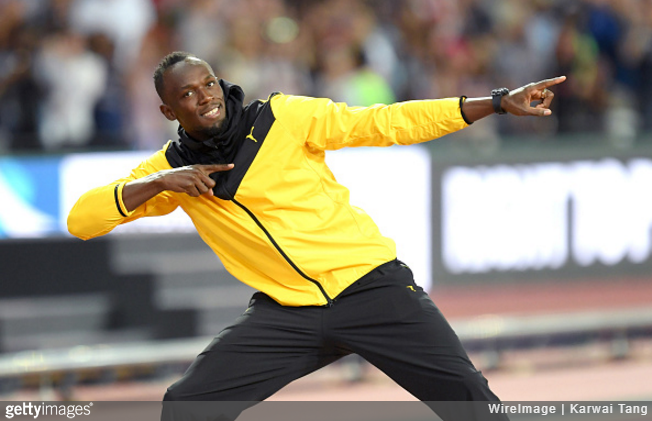 After seeing his peerless athletics career come to an underwhelming, cramp-stricken end at the World Championships in London recently, Usain Bolt is currently looking for a new day job as the pressure to be able to pay next month’s gas bill becomes a stark reality.

Thankfully, Bolt might have found a saviour in the unlikely form of Championship side Burton Albion, who appear to be deadly serious about taking the 30-year-old Jamaican sprinter on a full and proper trial.

I’m sure we would (offer a trial) and that the manager would. He’s quick, if nothing else!

He’s done great for his sport athletics and if you look at Adam Gemili who was in the 4x100m relay he played football when he was younger.

I’m sure the manager would give him a trial. He’s done a tremendous amount for his sport.

If he can apply the same amount of enthusiasm and dedication to soccer then who knows what might lie ahead?

The standard (in the Championship) is very high and obviously he would need a level of talent to get his place in the team.

Bolt has long flirted with the idea of moving into the professional football racket, having touted his services to his beloved Manchester United on several occasions over the years.

Whether or not Bolt is enticed at the possibility of living and working in Burton remains to be seen, as does his participation in an upcoming Manchester United Legends game against Barcelona at Old Trafford on 2nd September, given that his hamstring is currently shot to shit.

We shall see, on both counts.