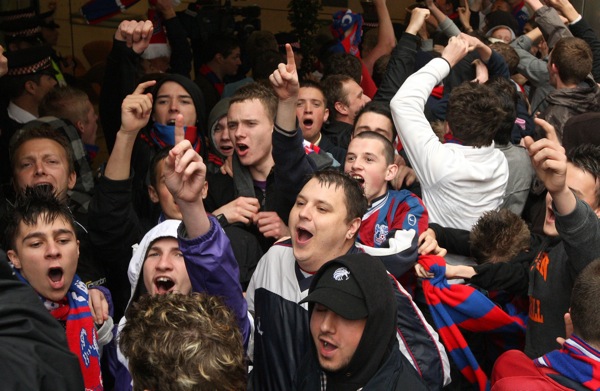 Put away those ‘RIP Crystal Palace’ signs. At the eleventh hour, the CPFC 2010 consortium agreed a deal in principle to buy the club and Selhurst Park. Phew.

The administrator in charge of the Championship club, which has debts of £30million, gave them until 3pm on Tuesday to reach an agreement with Lloyds Bank before the liquidation process was due to begin.

Anxious and frustrated Palace fans, many of whom had gathered outside the bank’s headquarters to demonstrate, feared the worst when the 3pm deadline passed, but a deal was made in the nick of time.

A statement from Lloyds Bank read: “PricewaterhouseCoopers has reached an agreement in principle with CPFC 2010 in relation to the sale of Selhurst Park.

“This enables the consortium to go ahead with the purchase of both the Crystal Palace Football Club and Selhurst Park.

“Lloyds Banking Group has worked hard throughout this process to achieve a durable solution. We are pleased a successful conclusion has now been reached.

“We are also pleased that PwC, which acts on behalf of Selhurst Park, has publicly acknowledged today the ongoing support it has received from Lloyds Banking Group.”