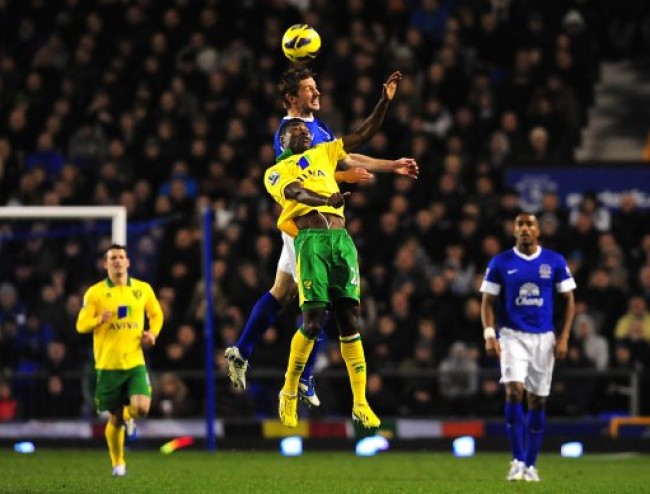 A late late header from Sebastien Bassong salvaged a pointed for Norwich at Goodison Park on Saturday, a result that sees the Canaries extend their unbeaten run to six games in the Premier League.

The home started very strongly and were ahead after just 12 minutes, when Steven Naismith fired home after being set up by Bryan Oviedo. The Toffees had the lion’s share of the ball now but couldn’t turn that possession into another goal.

After the break, the visitors fought their way back into the game and came close to levelling the score courtesy of and Anthony Pilkington header, only for Tim Howard to rescue the Toffees. However, the Canaries kept pushing and eventually they would get their reward, when Bassong powered home Javier Garrido’s centre.