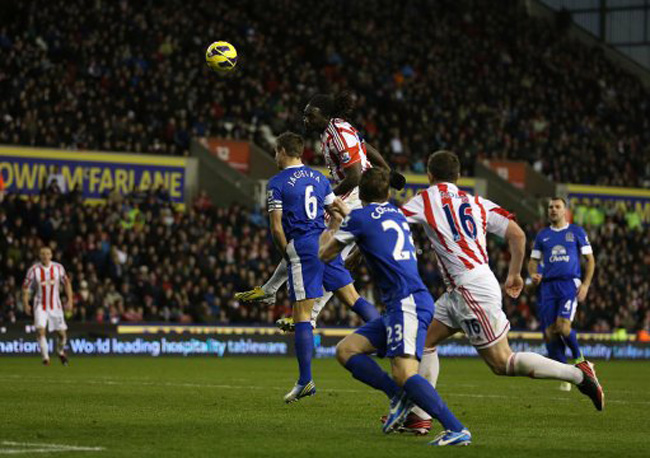 In a typically tight and physical clash at the Britannia Stadium, Stoke and Everton came out with a share of the spoils on Saturday.

Ryan Shawcross had given the visitors the lead on 36 minutes, having put through his own-goal. However, the England defender was also the subject of an obvious headbutt from Marouane Fellaini which, although missed by referee Mark Halsey, is sure to earn the big Belgian a ban.

The Toffees, impressing in the first period, had chances to add to their lead but ultimately it was the home side who would score the only other goal of the game. Kenwyne Jones was the Potters’ goal-hero, bagging his first goal in ages early in the second-half to give Tony Pulis’ charges their ninth draw of the campaign.

The result sees Everton in fourth while Stoke stay ninth.