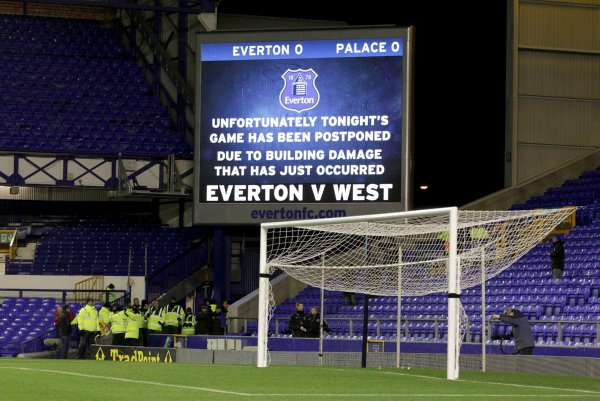 Having supported the club from afar for 30 years, Malaysian Everton fan Ric Wee (stop sniggering at the back!) decided to book himself tickets for last night’s game against Crystal Palace at Goodison in order to fulfil a lifelong dream of his – to watch his beloved Toffees playing ‘live’.

Sadly, however, the good old English weather intervened and, due to building damage near the ground, the game was called off at the 11th hour – thus totally scuppering Ric’s plans despite him making the 6,600-mile journey from Kuala Lumpur to Merseyside.

Sadly @Everton v Palace match called off due to bad weather. Dream to watch EFC play will continue to be on hold. pic.twitter.com/N3xuMflLaX

This is about the point that things take a turn for the awesome, as Everton managed to track down Ric before he left the premises and gave the Malayasian superfan his own personal tour of the stadium as a show of gratitude for his tireless support – even taking in face-to-face meetings with the likes of Leighton Baines and manager Roberto Martinez…

You’ve got to give it to Everton; they just know how to do the whole ‘club/fan relations’ thing right, don’t they?