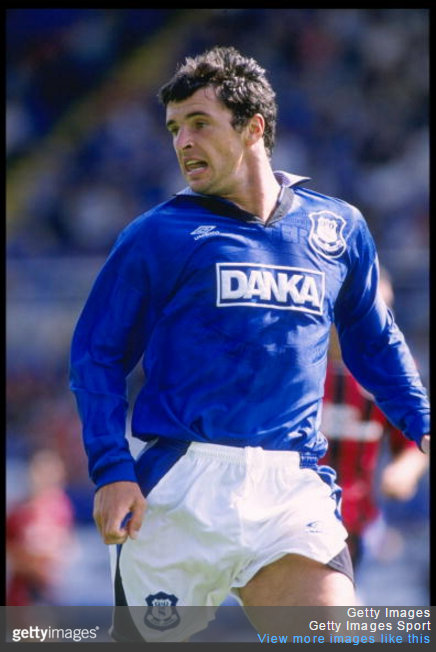 Everton came into the game at Goodison just three points ahead of Southampton but ended the afternoon streets ahead after three goals from the late Gary Speed saw the rampaging Toffees knock their opponents for seven.

Graham Stuart opened the scoring for Everton on 12 minutes and then set up Andrei Kanchelskis for the second 10 minutes later. Speed weighed in with the third and fourth before Kancelskis made it 5-0 in a 36-minute blitz.

Egil Ostenstad managed to pull one back for the Saints just before half-time but it proved to be little more than a footnote as Everton further extended their advantage in the second half.

Nick Barmby slid in at the far post to score his first for the club on the hour mark before Speed came soaring into a crowded box to head home an Andy Hinchcliffe corner and complete his hat-trick with 20 minutes left to play.

Saints’ manager that day was a certain Graeme Souness, an ex-Liverpool man who must have winced while watching his former next-door neighbours run roughshod over his team.

“In the end, we were glad to lose by just six goals,” he grumbled after the final whistle.