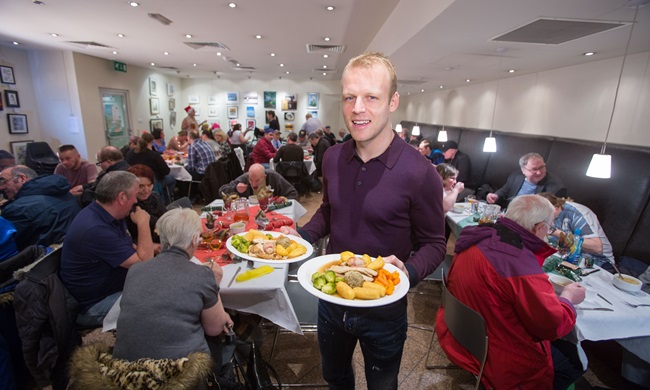 As he’s demonstrated several times in the recent past, Steven Naismith is a jolly good egg.

Indeed, the Everton forward’s latest incredibly generous gesture has seen him lay on a complimentary Christmas dinner for hundreds of homeless people in Glasgow.

Naismith agreed to sponsor an annual meal that was organised by national homeless charity Loaves and Fishes, which seeks to provide support for those unfortunate enough to be sleeping rough on city streets.

Everton and Scotland star Steven Naismith in Glasgow to pay for and serve Xmas dinners for homeless in city centre pic.twitter.com/fK6EMtwLa2

Speaking about his commitment to extra-curricular charity work in the past, Naismith said: