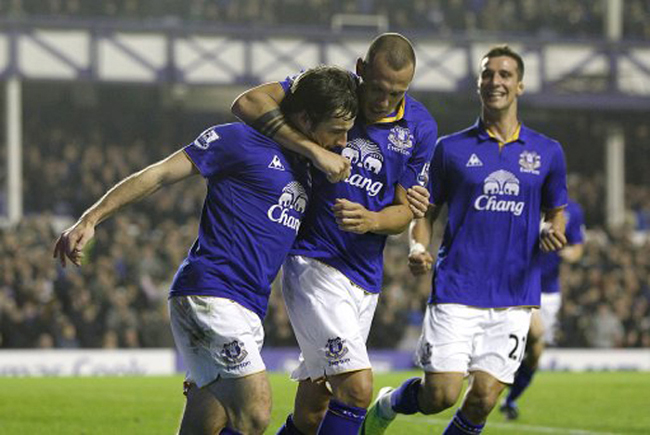 Both sides benefited from penalty kicks in this rather dour encounter at Goodison Park.

Wolves’ Stephen Hunt opened the scoring from the penalty spot on 37 minutes after Marouane Fellaini fouled David Edwards in the Toffees’ box.  Phil ‘Jags’ Jagielka levelled the scores soon after, when he headed home a free-kick from Leighton Baines just before the break.

The second-half was a poor quality affair although the home side were unlucky not to go ahead with both Louis Saha and Tim Cahill going close. However, with only seven minutes to go, dead-ball expert Baines secured all three points for Everton from the penalty spot after Stephen Ward was very harshly judged to have pushed Saha in the Wolves’ box.

While David Moyes’ side move four points clear of the drop-zone, Mick McCarthy and co. are now only two points clear of the bottom three. The Wolves boss’ afternoon was made even less satisfying by the news that defender Richard Stearman had broken his hand.