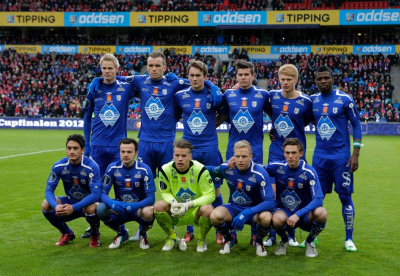 Ever-so-subtle suspicions of corruption are being leveled Kazakhstan-wards this afternoon as, with IL Hødd due to play Kazakh club FC Aktobe in the Europa League preliminary qualifying rounds, the country’s embassy announced that the Norwegian side’s two best players wouldn’t be allowed to play after convenientlyhaving their Visa applications rejected.

Coming into the second leg of the tie with a 1-0 aggregate  lead, Hødd players Akeem Latifu and Sivert Heltne Nilsen have both been denied entry to Kazakhstan for what the club are calling “no good reason”, with the club’s coach, Lars Arne Nilsen (who is actually Sivert Heltne Nilsen’s father) telling TV2:

“I find it sad that we can’t go [to Kazakhstan] with our best player. I do not know very much, and will say little. People can draw their own conclusions, then we will express ours a little later.

“What can I say? We have applied for a visa properly, we were told that everything looked good and then suddenly we are told that [the two players] cannot be with us, what do you think about that?

“It is very strange, we have not received any explanation as to why they cannot go. They know their football at the Kazakh embassy.”

“Of course it weakens our chances. They are two key players who must play and we can only speculate why [they can’t].

“We have offered our thoughts, but I think I should be careful not to say too much before we travel down, so we get back home alive.”

Maybe someone needs to fill us in here, but we just can’t see what could possibly be construed as shady about that? Everything sounds completely above board to us, though we’re a bit naive like that.