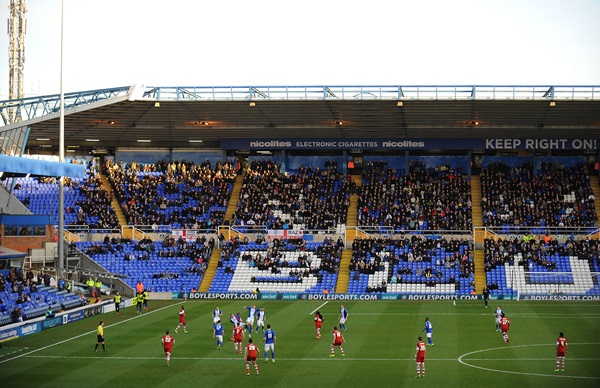 Kick It Out have confirmed that a Middlesbrough fan has today been banned from entering every football ground across the country after being caught tearing pages out of a Koran in the crowd during her side’s 2-2 draw away against Birmingham City last December.

Boro fan Julie Phillips, 51, was found guilty and fined for using “religiously aggravated threatening or insulting behaviour” by Birmingham Magistrates’ Court back in May, with Teesside Magistrates’ Court following up today by banning her from every single football ground in England and Wales for the next three years.

As the Birmingham Magistrates’ Court heard, Phillips was caught on stadium CCTV producing a copy of the Koran from her handbag during the game at St. Andrews before proceeding to tear up the pages and throw them into the air “like confetti” while reportedly chanting adorable little ditties about stabbing Muslims with bayonets.

In her defence, Phillips explained that football fans often tear up paper to use as confetti and that she had absolutely no idea the book she was carrying around in her handbag was the Islamic holy text.

Apparently, however, this is far from the first time the delightful Mrs Phillips has acted like a monolithic c**t at a football match – with the Koran incident very much looking like the straw that broke the camel’s back.

This from the Kick It Out report:

“Cleveland Police applied to the court in Teesside to have her banned from all football grounds saying the Koran incident was one of several involving Phillips.

“They said she was arrested last year during another Middlesbrough game where she allegedly racially abused a steward.

“And the court heard that while travelling back from another game Phillips was drunk, abusive towards British Transport Police officers and made threats to another group of fans while shouting and swearing at them.”

What a treasure she truly sounds.