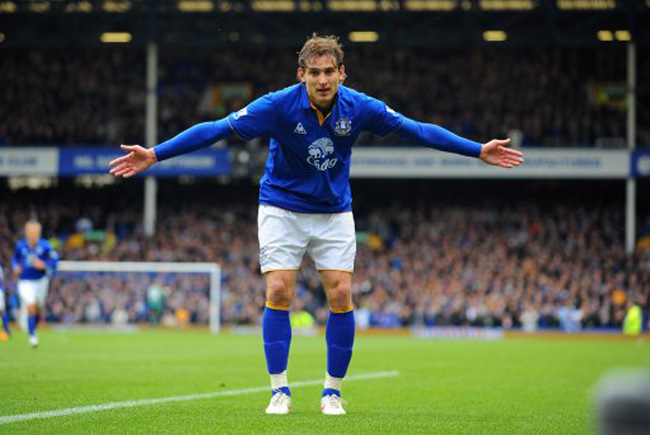 He may have struggled during his time at White Hart Lane, but since moving back to Everton on loan, South African schemer Steven Pienaar has rediscovered his best form. Against Fulham on Saturday, the midfielder was outstanding, dominating the middle of the park and setting up three of the Toffees’ four goals.

Another Everton player in superb form is Croat Nikica Jelavic, and the former Rangers man was on target once again, netting first from the penalty spot on 40 minutes and then again nearer the break. Marouane Fellaini and Tim Cahill also got on the scoresheet as the Cottagers struggled to get a foothold in the game.