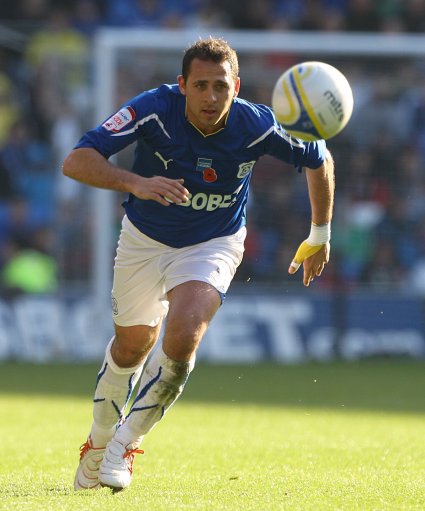 Cardiff striker Rocky Michael Chopra has flown out to Dubai today to discuss the possibility of representing India at international level with manager Bobby Houghton.

The Indian squad are currently preparing for a midweek match against Kuwait and it is thought that Chopra will stay to watch the game before returning home for Cardiff’s Championship match against his former club (very briefly) Nottingham Forest on Saturday.

Veteran English boss Houghton wants Chopra to play for India at the Asian Cup in January (meaning he’d miss several of the Bluebird’s league games), as the 26-year-old qualifies under FIFA rules via his India-born grandparents.

However, Indian domestic regulations stipulate that only Indian citizens can play for the national side (who are currently ranked 144th in the world), hence the negotiations.

With teammate Jay Bothroyd recently getting the England nod from Fabio Capello, maybe Chopra should hang on for a few more months before he gives up entirely on that first full Three Lions cap.