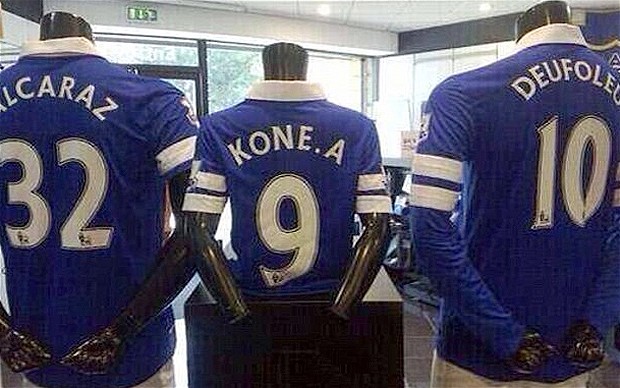 Everton have kept their hot streak of buggering up their spelling at their megastore events going into its second year by getting new signing Gerard Deulofeu’s name garbled at the launch of their new 2013/14 home kit – with the blue replica shirt on display in the doorway displaying the name “Deufoleu” as fans swarmed in to pick up their new strip.

To be fair, Deulofeu isn’t the most difficult name to get wrong, what with all those tricky vowels and all, but this isn’t the first time Everton’s store have slipped up in the spelling stakes.

When the Toffees reached the FA Cup semi-finals last season, this commemorative shirt was proudly put on display in the club shop window to mark the occasion… 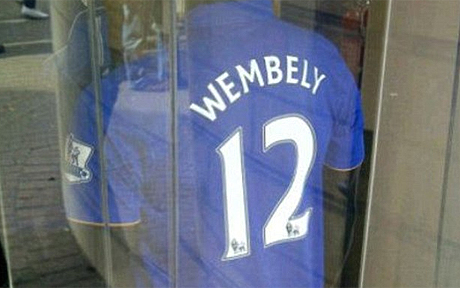 It’s a good job Roberto Martinez didn’t coax Rafael Scheidt and Milan Fukal out of retirement over the summer!