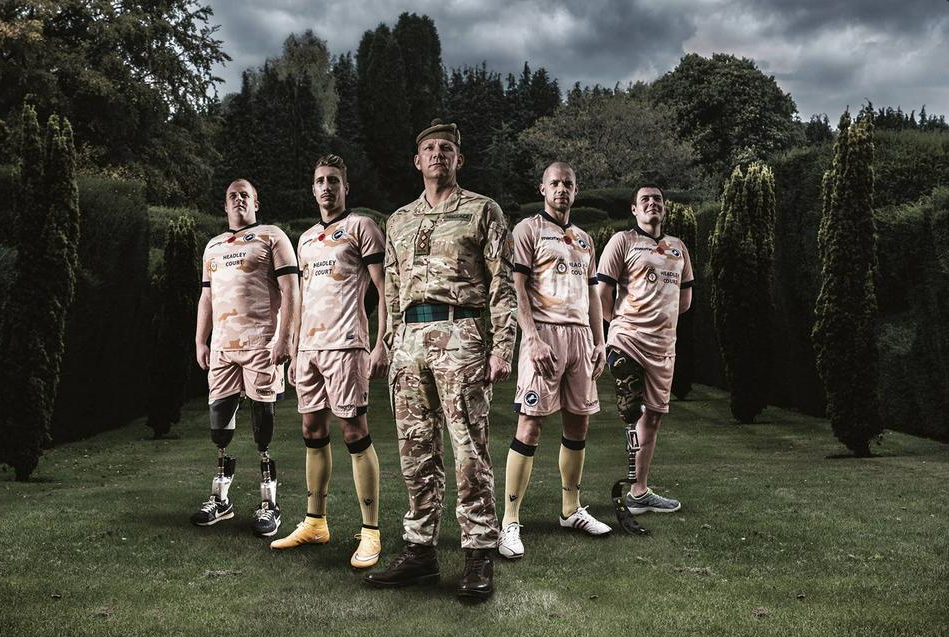 Millwall have announced that their players are to wear a special, one-off “desert camouflage” kit for their home game against Brentford next month in honour to pay tribute and raise money for injured servicemen and women.

Designed to coincide with the 100th anniversary of the First World War, 1,500 of the shirts are to go on sale next Monday priced at £50 for adults, with £10 of every sale will be donated to the Headley Court army rehabilitation centre in Surrey – whose logo will also feature prominently on the shirt itself.

The Championship side have been given permission by the Football League to wear the strip against The Bees on the eve of Remembrance Sunday (November 8th).

The unique kit will also be worn by #Millwall in support of Headley Court Military Rehabilitation Centre pic.twitter.com/21tvyjidyE

And if you ever wondered what “In Flanders Fields” would sound like being read by Ian Holloway, stay tuned…

Real “lump in the froat” stuff.