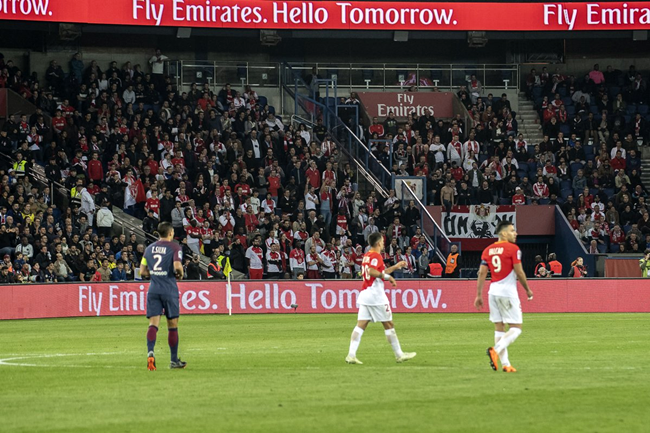 Monaco have admitted that they were so bad against PSG on Sunday night that what they offered didn’t really constitute ‘football’ and therefore they’ll be reimbursing their fans.

The Parisians wrapped up the Ligue 1 title with a 7-1 humiliation of their closest rivals at the Parc des Princes, though it didn’t perturb the small pocket of Monaco supporters over in the corner from singing their lungs out all evening.

As a show of contrition and appreciation, Monaco have since announced that every member of the travelling contingent will be given a refund…

For those not fluent in the Gallic tongue, the message reads:

Monaco has made the decision to reimburse the Red and White supporters in the visitors stand tonight.

The details will be communicated at the beginning of the week.

The club’s vice president Vadim Vasilyev followed suit by commending the fans for their outstanding support on what proved to be a “nightmare night” for Monaco:

For us it was a catastrophic scenario. The only ones who have lived up to it are our supporters and I thank them.

They pushed the team, but there was nothing we could do. We will do everything to make them proud from the next match.

The next match being a trip to mid-table Guingamp next Saturday.

After winning Ligue 1 last season, Monaco are currently looking on course to finish second this time round, though both Lyon and Marseille are just four points behind and breathing down their necks going into the final five games.