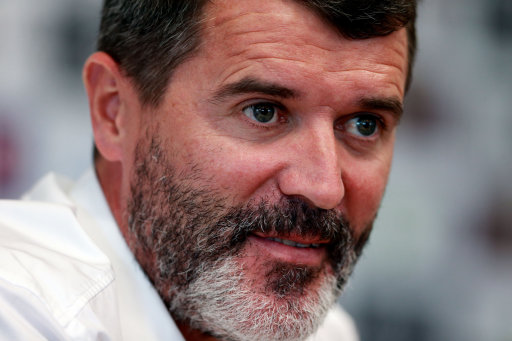 Good news for fans of miserly, volatile, borderline-sociopathic loners everywhere, bits of Roy Keane’s second autobiography has leaked today with a flood of explosive excerpts finding their way onto the internet already.

Ghost written by Irish novelist Roddy Doyle and entitled “The Second Half”, Keane’s second book picks up where his first left off – in that basically it’s a long, extended list of the many, many things and people he hates.

1. From the very first chapter. Has Roy’s view of Alf-Inge Haaland softened over the years?

“There are things I regret in my life and he’s not one of them.”

2. On the fond treasured memories he has of his emotional United exit:

“I said to Ferguson, ‘Can I play for somebody else?’ And he said, ‘Yeah you can, cos we’re tearing uo your contract’. So I thought, All right – I’ll get fixed up.

“I knew there’d been clubs in for me when the news got out.

3. On returning to apologise to Ferguson and his assistant Carlos Queiroz a few days later:

“Now I kind of wish I hadn’t. Afterwards I was thinking, ‘I’m not sure why I fucking apologised.’ I just wanted to do the right thing.

“There’s a difference – I had nothing to apologise for.”

4. On returning his MUFC company car:

“I’d given back the [club] car. I drove some f**king miles in that car. Every little victory is vital.”

5. On an infamous scrap with Peter Scheichel during a pre-season tour of Asia in 1998:

“I had a bust-up with Peter when we were [in Asia] in 1998, just after I came back from my cruciate injury. I think we were in Hong Kong. There was drink involved.

“I woke up the next morning. I kind of vaguely remembered the fight. My hand was really sore and one of my fingers was bent backwards.

“The manager had a go at us as we were getting on the bus, and people were going on about a fight in the hotel the night before. It started coming back to me – the fight between me and Peter.

“In the meantime, Nicky Butt had been filling me in on what had happened the night before. Butty had refereed the fight. Anyway, Peter had grabbed me, I’d head-butted him – we’d been fighting for ages.”

6. On Sir Bobby Charlton not doing the decent thing and stepping in to stop the brawl:

“The first day back at the training ground, the manager pulled myself and Peter into his office. “He knew exactly where we’d fought – I think he mentioned the 27th floor.

“He told us that we were a disgrace to the club, and that we’d woken Bobby Charlton up, that Bobby had come out of his room and seen us.

“Peter took responsibility for the fight, which was good. I admired him for it. But Sir Bobby could have tried to break it up.”

“‘He (Rio) suffered for it and so did the team. If it had been me, and the doctor had said I had to do a drugs test, I’d have gone and done it. It wasn’t something I’d have forgotten.

“‘It wouldn’t have been like collecting a letter at the office, or remembering your boots.

“When a doctor says you’ve got to do a drugs test, it’s not an everyday thing. But then, some people are genuinely forgetful.”