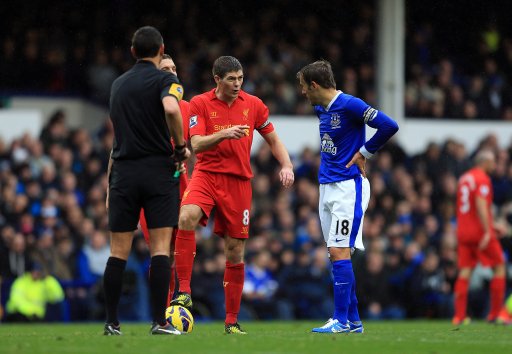 “You’ve let me down, you’ve let the school down, but worst of all you’ve let yourself down”

Everton captain Phil Neville has publicly apologised for his spectacularly naff dive during the Merseyside derby on Sunday, admitting that David Moyes gave him a thoroughly-deserved ‘rollicking’ for it at half-time.

Quoted in the Mirror, Neville said:

“It was a stupid thing to do. I don’t often find myself in that position and I thought Daniel Agger was going to take me out.

“But I got a good kick up the backside at half-time as I couldn’t commit to tackles in the second half. I’ll take the rollicking and I won’t do it again, that’s for sure.”

Blimey O’Reilly, it really was rubbish. We could be wide of the mark here, but isn’t a Chopper Nev dive one of the signs of the Apocalypse?