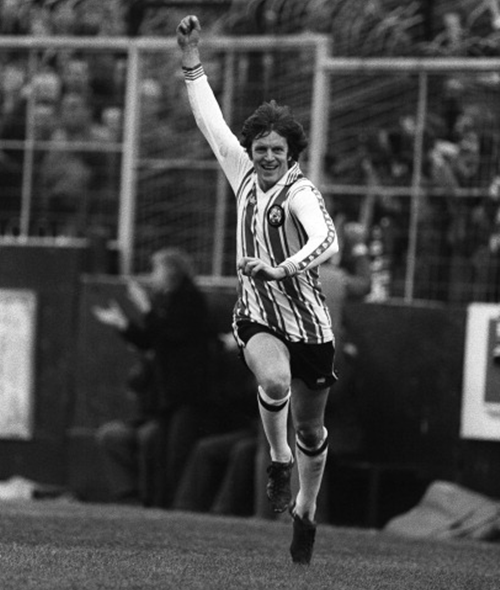 At one point at the back end of January, 1982, Southampton found themselves perched atop the First Division table and looking down on creation.

Boasting a team chock full of talent, Lawrie McMenemy’s young and stylish side looked odds-on to better their club record sixth-placed finish the season previous, with their experienced star trio of Kevin Keegan – back in English football after his three-year continental sojourn with Hamburg – and former England internationals Alan Ball and Mick Channon all mucking in hither and thither.

However, the Saints’ campaign started to fall apart shortly thereafter thanks to a disastrous run which saw them pick up just three wins beyond the end of February despite, as it happens, not playing particularly badly throughout.

They finally washed up in seventh place, some 22 points behind title winners Liverpool – though it was during one of their final few games of the season, slap bang mid-slump, that the Saints’ collective energy, creativity and charisma reached it’s absolute zenith.

Ironically, the goal came against the champions elect in a 2-3 home defeat at The Dell in late April, with Keegan, Ball, Keith Cassells and David Armstrong all combining amid a telepathic passage of counter-attacking interplay to create a brief, glorious moment of universal harmony before Channon came buccaneering in to apply the finishing touch.