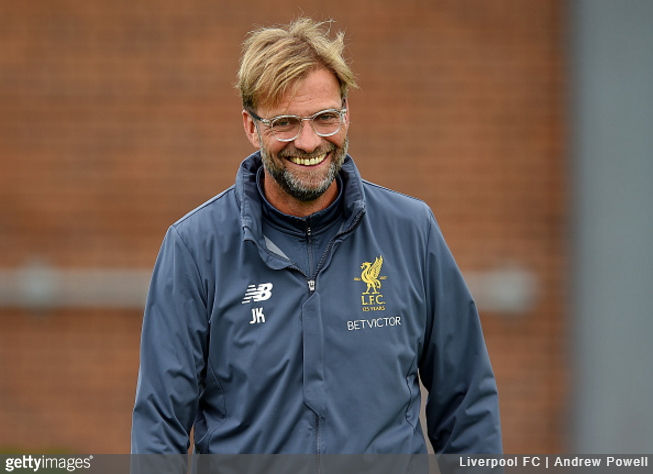 All ‘wackiness’ aside, Jurgen Klopp seems to be a decent kind of fellow.

Indeed, when the Liverpool boss was approached at a petrol station by the aunt of a teenage Everton fan with a life-limiting illness, he was only too have to oblige.

Noah Cunningham, 13, suffers with Duchenne Muscular Dystrophy so his auntie Alison thought, despite being a Blue, that sending him a selfie with Klopp would help lift the youngster’s spirits.

However, Klopp went one better and recorded a special personalised ‘get well soon’ message for Noah, right there on the forecourt…

Noah has had support from lots of football clubs and fans… All the messages make him smile @LFC Noah said thanks Jurgen! #footballfamily pic.twitter.com/3pzgyGMXiI

Jurgen Klopp, straddling the Merseyside divide like a colossus.