Sadly, things have become a bit played out when it comes to football and April Fool’s gags in the social media age.

It’s tougher than ever to get one over on an increasingly cynical, meme-addled audience and therefore most of this year’s thin crop have fallen a little shy of the mark.

Seriously?! At least the money is good 🙄 https://t.co/OegU0jHxMX

Back in the glory days of the 1980s, Shoot Magazine took their April Fool’s mirth bloody seriously.

Indeed, in 1989, they even went as far as dressing up Liverpool striker Ian Rush in Everton colours and ran it on the cover, tricking legions of readers with the most authentic-looking gag they could have possibly fathomed… 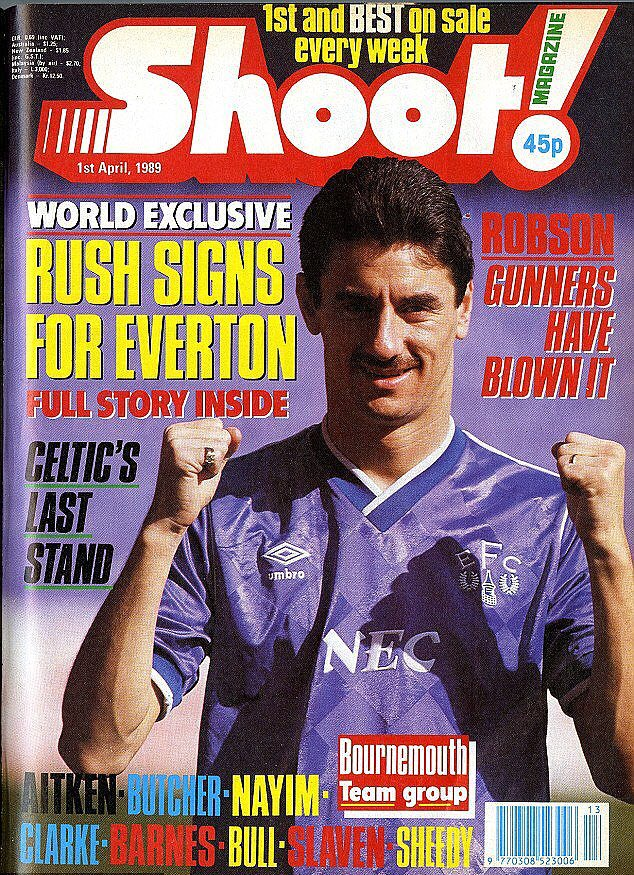 Fair play to Rush for actually risking the slings and arrows and going along with the ruse.

Also, 45 pence for an issue of Shoot was an absolute steal, even then.