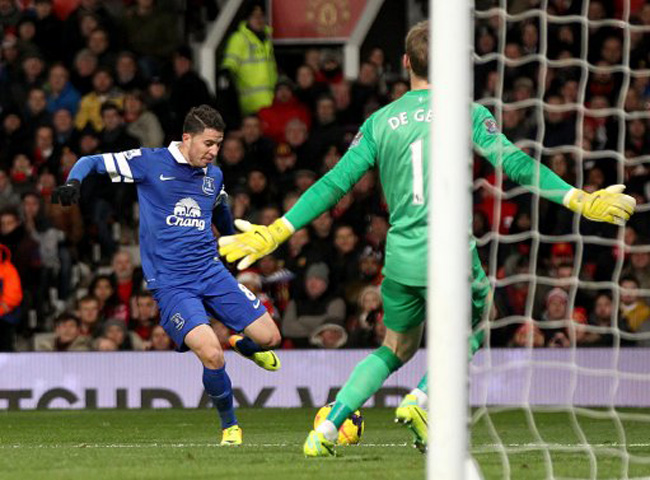 Poor old David Moyes, after failing to win at Old Trafford while in charge of the Toffees, the United boss witnessed his former side pull off a fabulous 1-0 win at that very ground on Wednesday night.

Costa Rican Bryan Oviedo scored again in a game where the home side struggled to click, although they did create a few good chances. 12 points off the top with 14 games gone, are the Red Devils now out of the title race? Everton go fifth.