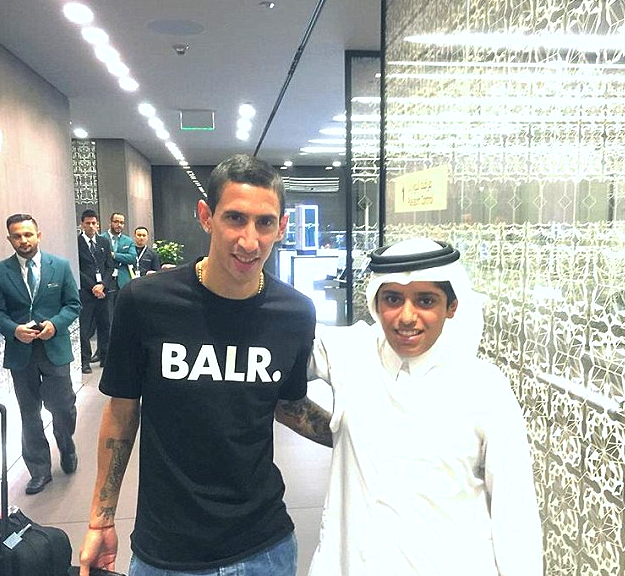 PSG defender Thiago Silva has said that Angel Di Maria is ‘stepping up to a big club’ by leaving Manchester United to join him at the Parisian club.

Di Maria has been photographed arriving in Doha today ahead of his PSG medical as the £44million deal continues to near its inevitable conclusion.

Anyway, in the act of ditch United after just one season at Old Trafford, Silva reckons the Argentinian will be moving up a level.

The Brazilian centre-half is quoted by the Daily Mirror as saying:

I think that people now need to respect PSG as a club, and our position as one of the big clubs in Europe. Real Madrid and Barcelona are probably on another level, but after that if you are joining PSG it means you are probably taking a step up.

We went further than any English clubs in Europe last year – even beating the English champions.

Every season we keep our best players despite much interest, and always add the best players in Europe. How many clubs can say that? The vision our owners have for this club is very clear, and that is for PSG to be the best.

PSG, of course, were formed in 1970 and thus are only 44 years old (only three years older than Ryan Giggs).

They also only managed to win two previous Ligue 1 titles before the Qatari Royal Family popped up and flooded the place with money in 2012 – the last of which was some 18 years prior.

We think perchance, that Mr Silva is confusing “big” with “stinking bloody rich”.