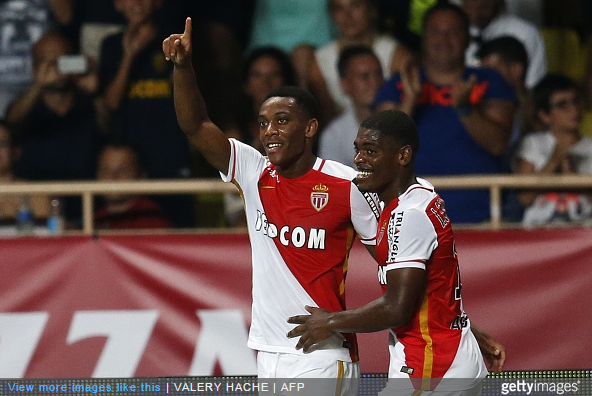 Despite the astronomical fee reportedly being bandied around, it would appear that most people have been caught cold by Manchester United’s fervent pursuit of Anthony Martial.

United are on the verge of making the Monaco striker the most expensive teenager ever by dropping £36million on the 19-year-old – not that anybody has the foggiest idea who he is, including his prospective new teammates.

Indeed, Morgan Schneiderlin (who is of a Gallic persuasion himself) has revealed that Wayne Rooney sought his council after the news of United’s bid for Martial broke yesterday as the latter had never heard of the youngster.

Speaking to journalists at France’s training base, Schneiderlin said:

To be honest, yesterday on the plane, Wayne Rooney came to speak to me and asked me who Martial was, because the English press had started to speak.

I told him he’s a great player with great potential, who has played some good matches with Monaco last season and the the beginning of this.

I told him he is technical and powerful. A little like Therry Henry, even if it’s the press who are making that comparison.

When pressed about the enormous amounts of money involved in the Martial deal, he added:

The size of the fee? If he wants my advice, it is to ignore it.

The media will talk a lot and will expect him to score many goals. But he must remember his qualities and play like he knows how.

He can’t be paralysed by it. I think everything will go well.

For the record, the latest news is that Martial has passed his United medical this morning and has now rejoined the France squad.

An announcement is supposedly imminent.