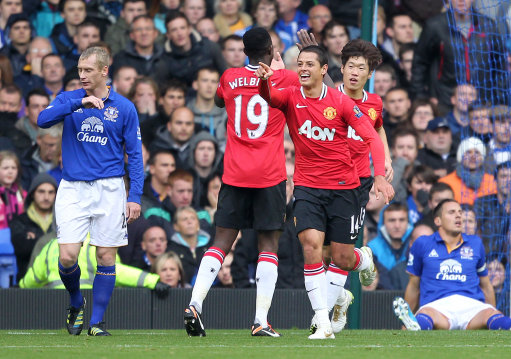 A 3-0 mid-week Carling Cup win at Aldershot was never really going to erase the trauma of last week’s derby disaster for United, but a hard-fought 1-0 win at Goodison at least keeps the pressure on the Red Devils’ noisy neighbours.

With Wayne Rooney consigned to a deeper midfield role, the visitors had to work hard against an impressive Everton side. Ultimately Javier Hernandez’ first-half poacher’s goal would win the game for United, but the Toffees were extremely unlucky not to get something out of the game, with impish defender Leighton Baines firing one attempt against the crossbar.

David Moyes will take heart from his side’s performance, while Sir Alex will be happy to get back to winning ways in the league. 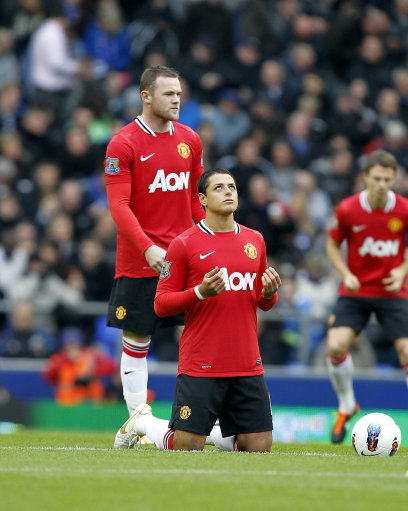 A pre-match prayer from the Little Pea 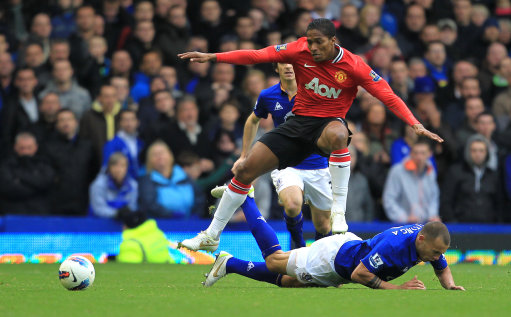 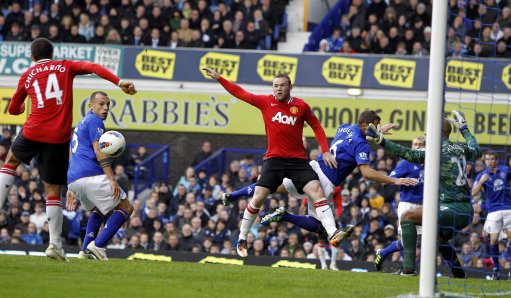 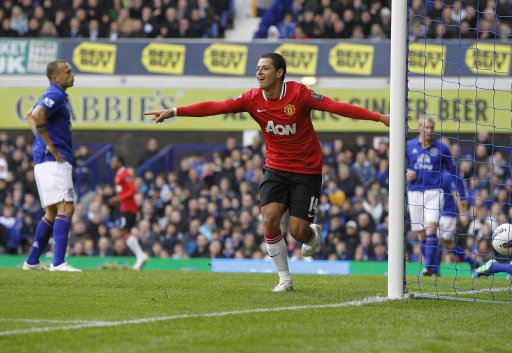 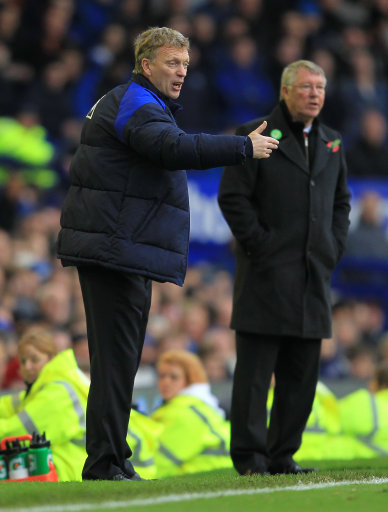 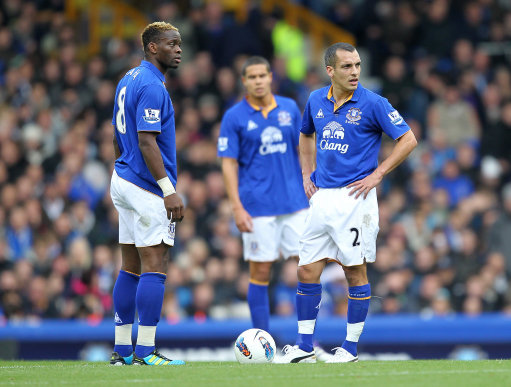 Saha and Osman kick-off after the goal 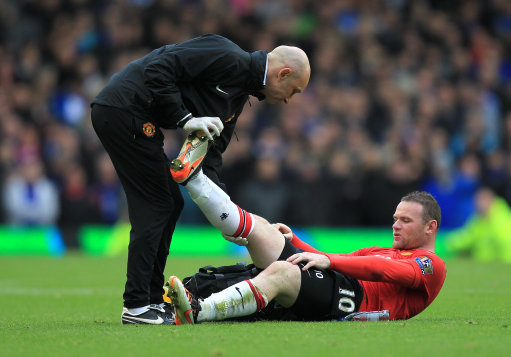 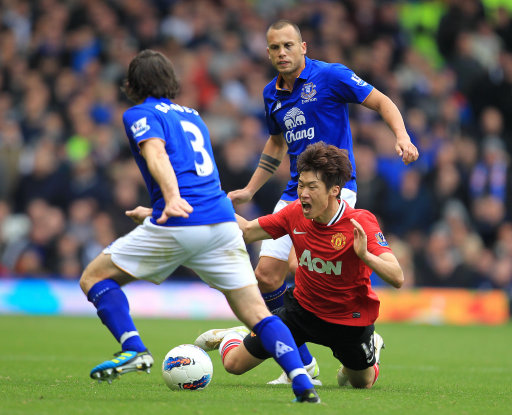 Park challenged by Heitinga and Baines