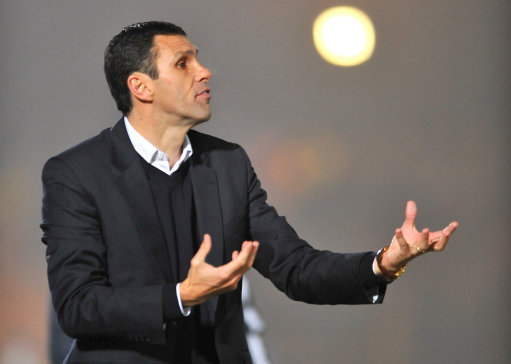 Brighton & Hove Albion manager Gus Poyet has come out in support of his fellow countryman Luis Suarez over the FA’s deision to charge the Liverpool player for alleged remarks made to Patrice Evra.

Not only has Poyet said he believes Suarez (who has reiterated his innocence), but he has gone so far as labelling Evra a ‘cry baby’ over the incident which occurd at Anfield last month.

“I believe Luis Suárez, it’s simple,” said the former Chelsea midfielder.  “I played football for seven years in Spain and was called everything because I was from South America, and I never went out crying like a baby, like Patrice Evra, saying that someone had said something to me.”

“I’m surprised, in a really sad way, that he has been charged,” he continued. “Really sad. I think it’s worse to charge someone because you trust one person when you have no proof.

“I’m really sad about this charge as it’s going to become too easy. I can make a complaint about any opposition manager and if I take it as far as I can he’s going to get charged. Why are we going to take one person’s word over another? It’s too risky.”